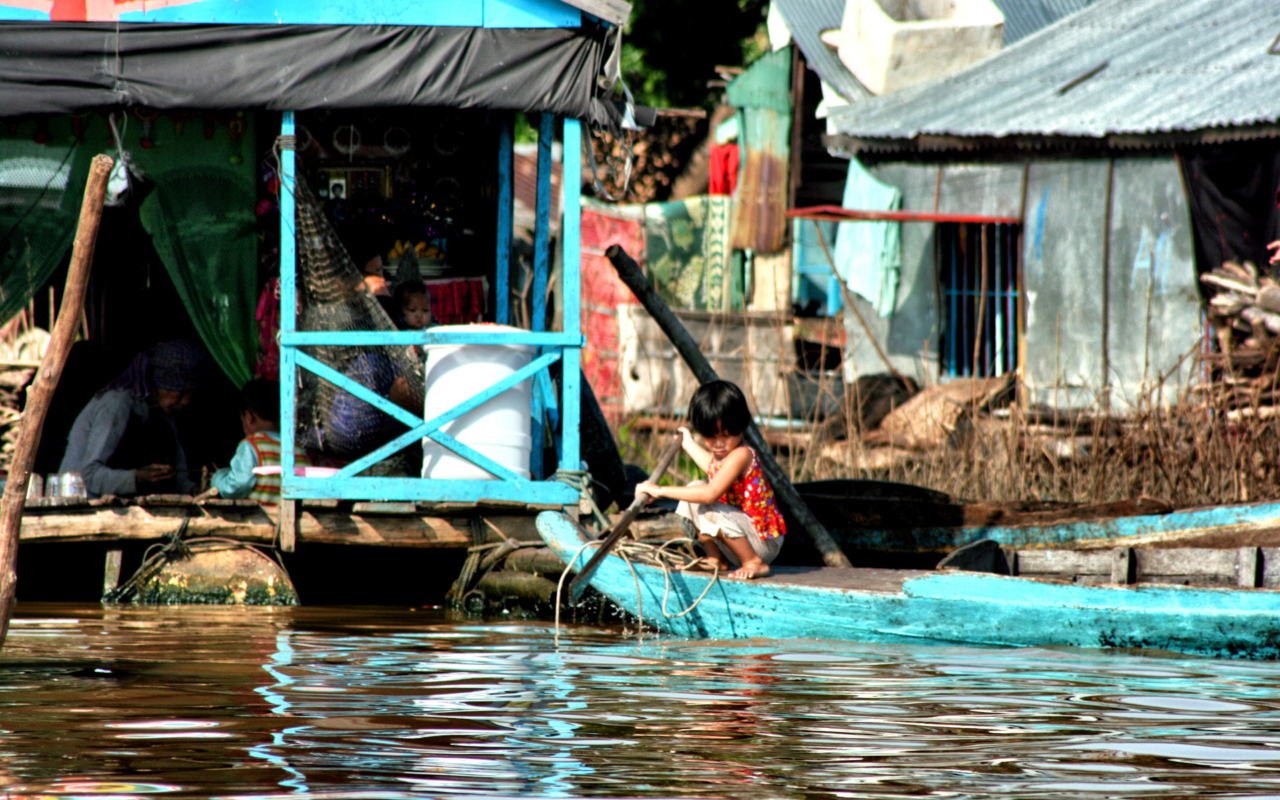 More than 30 years after the horrors of the Khmer Rouge regime, Cambodia is slowly recovering from its wounds. This glorious nation reached its peak during the time of the Khmer Empire (9th to 15th century). In the late 19th century, Cambodia became part of the French protectorate in the Indochina peninsula, and was even part of the Japanese theatre of war during World War II. Today it is a constitutional monarchy and one of the poorest countries in eastern Asia.

Cambodia lies on the Gulf of Thailand and much of its coastline is a long, serene stretch of beach. In the north of the country live hospitable villagers, and in the center lies Tonle Sap, the countryâ€™s largest lake, which is an important inland fishery and has excellent agricultural land around it because of the seasonally reversing flow of water between the lake and the Mekong River. The highlight of Cambodia, and a source of great national pride, is the grandiose temples scattered around the Angkor complex, a remainder of the great Khmer-dominated Angkor Empire. These marvelous temples and shrines were built to symbolize the sheer power of the kings of the time and are a combination of Buddhist and Hindu architecture. With the end of the long years of war, isolation and cruelty, Cambodia today offers travelers from all over the world a glimpse into its unique culture and history

Cambodia is a popular destination for travelers who, on our Cambodia land tour package, want to immerse in the culture and explore the ruins at the iconic Angkor Wat temple. Head to Siem Reap to make new friends at bustling street of Cambodia and relax on pristine, untouched beaches. Watch the sunrise over Angkor Wat, marvel at the grand gates of Angkor Thom, and visit the jungle temple of Ta Prohm.

Our Cambodia land tour package gets even more appealing combined with the wonders of Vietnam.

Recommended dates: November to May. Please see below dates in which trip prices are not available (some surchaâ€¦

We specialize in creating custom trips.

Let our expert tour planners tailor an experience for you!