This is from arrival at the first destination to departure at the end of the trip. (not including traveling from your home country, and/or traveling back home).

The number of domestic and/or regional flights which are included in the trip price.

Generally these are trips on which children of at least four years can be taken. However, if you do intend to bring along children under 12, please let us know in advance.

Accommodation facilities on certain trips may vary. Some luxurious trips may have one (or more) nights off the beaten track, where we could spend the night in a home stay, or in a simple guesthouse so we can include a location we think well worth it. On the other hand, a trip rated as 'rough' might include few good hotels throughout its route. The overall accommodation rating refers to the norm across the entire lodging facilities used on a certain trip. Moreover, the rating definitions are obviously subjective, so treat them with appropriate caution.

A trip that is mostly based on good hotels and usually goes to places where the travel-related infrastructure is well developed.

At the end of extensive travel day, land in a great hotel, to make a great day into a great night. These trips are based on good 4-star hotels we have hand-picked to enhance your trip.

Some of our top-of-the-range trips, we provide accommodation in hotels, the majority being 5-star or very good 4-star hotels. Sometimes they’re not rated but are nevertheless boutique hotels. If you're looking for a trip that provides both a great insight into the local culture and high level of comfort, then our luxurious trips are the ones for you!

Take a trip along northern Vietnam’s backroads, to the land of diverse ethnic minorities, and breathtaking rice terraces. The trip has been perfectly timed to the season when the rice fields are ripe, slowly turning from lush green to goldish yellow. Join the locals, beautifully dressed in their colorful traditional clothes, as entire villages take out to the field to pick the grain that feeds the entire Asia continent, and making Vietnam the world’s second largest rice exporter. This journey through unique cultures, amazing landscapes, and off the beaten track is an excellent chance for a second visit to this unique country for those who visited once, and looking for a chance to visit again.

​ View all departures Personalize this trip Wish list this trip

Arrive in Hanoi, the national capital and the heart of Vietnam’s growing economy. At 14:00, after dealing with immigration formalities at the airport, meet the local guide and drive to the city center to check in at the hotel. If time permits, take a first orientation tour around the city. Travel atop a traditional cyclo for a tour of the old city, then walk by the picturesque Ngoc Son Temple (the Temple of the Blue Mountain) built over a small islet at the heart of the Hoan Kiem Lake (Lake of the Returned Sword). Late in the evening travel to the hotel for the night.

Leave Hanoi for the approximately three hours’ drive to Moc Chau. Commonly dubbed as the “capital of tea”, Moc Chau is famed for the tea plantations which beautifully cover the rolling hills of the region. Walk amidst the terraces with the locals as they pick the tea leaves, and learn about processing these leaves into the drink consumed throughout the world.

Drive through the rice plantation beautifully decorating the hill sides, and on to the land of colorful minorities and rice terraces which shape the landscape of much of northern Vietnam. En route stop at one of Vietnam most beautiful mountain passes to enjoy the view of colorful fields capeting the surrounding valleys. Stop at minority villages and get hands-on experience and up-close glance into their dwellings, vegetable plots and daily lives. Late in the afternoon arrive at a picturesque lodge located on a high hill overlooking the rice paddies, and set here for the night.

After breakfast amidst the rice paddies, drive out of the lodge to get on the back of a motorcycle (driven by a local) to the top of the ridge for a view over some of the most iconic terraces in the region. Spend the time walking around, capturing images and indulging in the serene environment. This time of the year is when the rice is ready to be picked. The paddies are dried, and the plants slowly turn from lush green to golden-yellow, exquisitely coloring the terraces that look as they have been hand-painted. Get down the hill, and back to the vehicle for a ride along a road dotted with small towns and villages mostly inhabited by minority groups. Arrive in Sapa in the afternoon to enjoy a magnificent cable car ride to the top of Fanxipan, the highest peak on the Indochina Peninsula. This 20 minutes’ ride takes passengers to the peak at 3,413 meters, revealing the beautiful ridges and hidden valleys surrounding Sapa. Late in the evening enjoy a walk through the lively center of town.

Prior to 1912, when the French built a sanatorium for sick officers, this area was solely inhabited by hill tribes, mainly the H’mong, the Yao, the Tay, and the Giay. Nestling at the foot of Fansipan, Vietnam’s highest peak, the Sapa region enjoys a very agreeable climate unlike that in the Vietnamese lowlands, which are hot and humid. This northern area attracted French people of all walks of life, among them missionaries and biologists. Over time, the growing presence of the French army stabilized the political borders with neighboring China, which made Sapa into a major trading city. Drive out of town for a day’s walk through tranquil villages and rice paddies. At the afternoon take the approximately three hours’ drive to the small town of Bac Ha, and set in the very simple hotel for the night.

Very early in the morning walk to the famous Bac Ha weekly tribal market. The locals, from different ethnic groups, gather to trade mostly agricultural produce but also a variety of handicrafts, and to purchase their own supplies. This is a unique opportunity to see in one place a great variety of ethnic groups, some of whom live up in the mountains where it is nearly impossible to visit them. Walk through the bustling market amid the colorful booths, and see the locals as they sit for a cup of tea and exchange information on who has married whom, whose child has left for the city, and other important items of news. Later in the morning return to the hotel, have a quick breakfast, and leave Bac Ha as early as possible, as other two minority markets await along the long and winding road planned for the day. These two markets are little known to outsiders, and thus, very few tourists ever make it that far. Late in the evening arrive in a unique lodge at Hoang So Phi, and set in for the night.

After breakfast, hop aboard the car for a 30 minutes’ drive to the top of the ridge. Stop at a home of a family of the Red Zao minority for a morning tea before embarking on a few hours’ hike (mostly downhill) on a trail meandering between cultivated terraces and vegetables gardens and the wild jungle. This is where an ongoing fierce battle takes place between the locals on a constant struggle to expand their plots on one hand, and the jungle that keep on growing into the cultivated areas. Stop for a traditional lunch in another local home of a local family, and in the afternoon arrive back in the lodge for a relaxed evening in the serene environment.

In the morning hours take another easy hike through the rice terraces of Hoang Su Phi, justifiably known as one of the most picturesque places throughout northern Vietnam. Around noon time board the vehicle for the approximately five hours’ drive back to Hanoi, arriving back in the bustling town late in the evening.

Depart Hanoi in the morning and drive towards the Gulf of Tonkin. On arriving, take a small boat ride to board a ship for a relaxing 24-hour cruise and exploration of the magical Lan Ha Bay, the less known and less touristy part of Ha Long Bay which has been recognized by UNESCO as a World Heritage Site for its landscape, geology, and geomorphology. During the cruise, be served with mouth-watering fresh seafood. Overnight in a private cabin aboard the ship.
Note: Visits and activities of the cruise might slightly differ depending on each ship’s itinerary. Your tour guide will be replaced by a local guide onboard during the cruise.

In the morning hours continue cruising around the magnificent bay. For those waking up early, a morning Tai Chi session awaits aboard the deck. Around eleven o’clock, after last breakfast aboard the ship, disembark, and drive to Hanoi airport, for the departing flight out of Vietnam.
(Do make sure to book an evening flight out of Vietnam, or alternatively, contact us to book an extra night in Hanoi in case your flight departs the next morning)

Trip rates valid for two confirmed travelers and above. If you are booking this trip for a party of four travelers or more, please contact us for our special rates.

[email protected] reserves the right to change tour prices and programs due to changes in flight schedule, changes in airfares, and other local circumstances.

More trips of this type 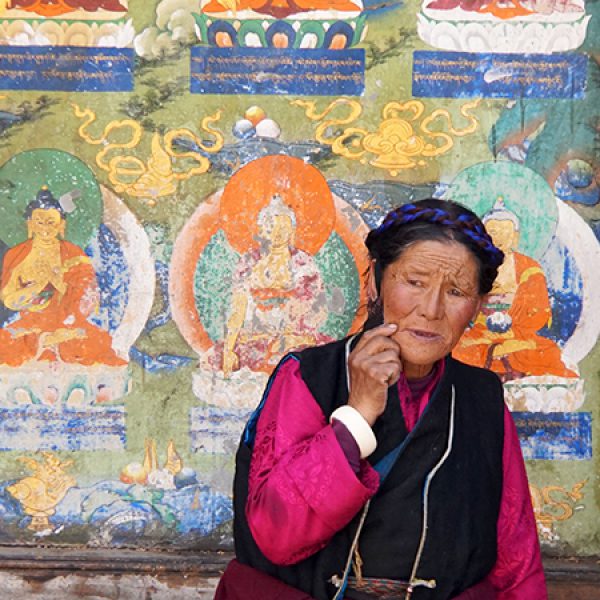 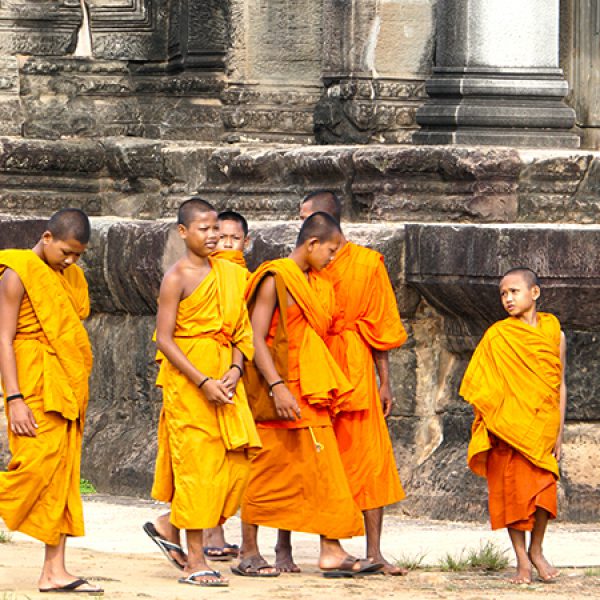 More trips in these destinations 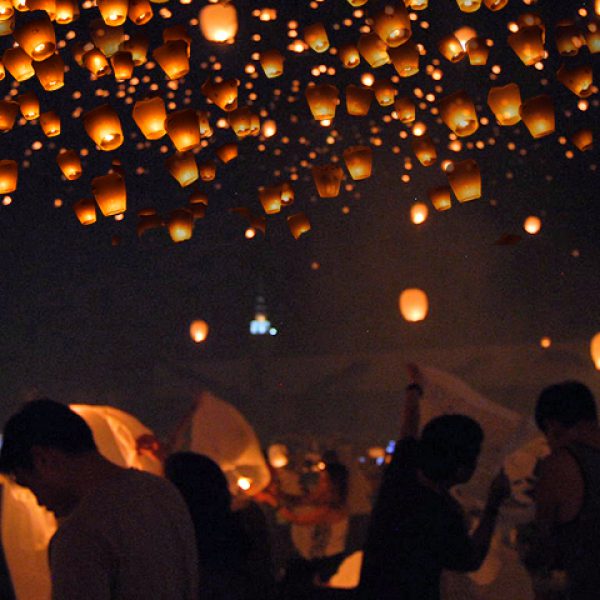