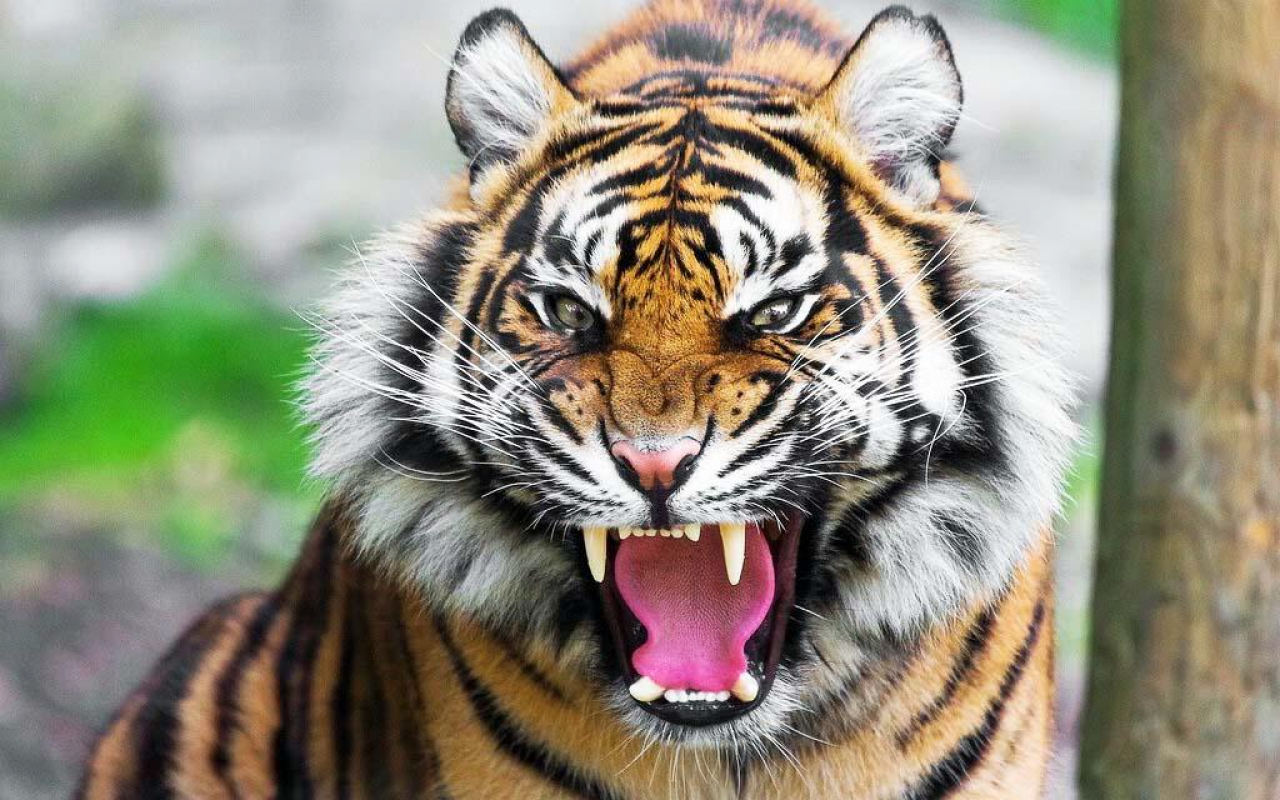 The Tigers roar again in Nepal

It was a late November day in 2010 in St. Petersburg, Russia. Most of the distinguished guests at the conference, coming from subtropical Asia, were not accustomed to the cold Russian winter. Nevertheless, they were committed to the cause for which they have gathered here – saving wild tigers throughout Asia.

For three subspecies of this graceful mammal, it was too late. The Bali Tiger, the Javan Tiger, and the Caspian Tiger went extinct. The representatives of the thirteen tiger range countries gathered here to save the remaining seven subspecies.

The main outcome of this conference was narrowed to one ambitious decision - to double to world’s tiger population by the year 2022, which will be, by the Chinese zodiac, the Year of the Tiger. But, unfortunately, this is not a story of glorious success. By the time the representatives had signed The St. Petersburg Declaration on Tiger Conservation, about 3,200 tigers were roaming the jungles of Asia. Today, by the beginning of 2022, there are about 4,000 tigers in the wild.

However, while some parties to the declaration have lost much, if not all their tiger population, one country shines above them all and did nearly doubled its tiger population.

Landlocked between India and China, and thus, a significant trade route for wildlife products between these two giants, Nepal has made tiger conservation a national priority. As a result, laws were made. The military, the judicial system, and other law enforcement agencies were brought on board to protect the Bengal Tiger.

The stress on the tiger population in Nepal goes back to the 1950s. Until then, the Tharu people were the only inhabitants of the Terai, the stretch of subtropical jungles that runs along the southern border of the country with India. Malaria was abundant in the region, and only the Tharu people, which are naturally immune to the disease, could thrive in this hot and humid environment. The tiger, an apex species at the top of the food chain of the Terai, thrived by these few Tharu settlements. Back in the 1950s, the Nepalese government has eradicated Malaria. Thus, people from the hilly region of the country (the stretch of mid-size mountains locked between the Terai to the south and the mighty Himalayas to the north) have resettled in the fertile lands of the Terai. This was followed by massive deforestation to support the construction of new villages and make way for vast farmlands. With the forests rapidly declining, the tigers and the entire ecosystem felt the impact of human-driven development.

By 1973, there were slightly more than 20 tigers in Nepal, a 97% decline from the estimated population of 1900. Many challenges stood in the way of those aiming to revive the soon-to-be-extinct tiger population. Deforestation and the decline of habitat of the tiger and the entire ecosystem, especially the prey animal the tiger was feeding on, was one. Another was the proximity to human population, many of these were newcomers. The lack of prey animals pushed the tigers into preying on the local’s livestock. The locals, in retaliation, would kill the tigers, which threatened them, their livelihood, and in fact, their lives as well, as tiger-human encounters were not unheard of. Understanding these new circumstances, the Nepalese government established by 1973 the Chitwan National Park, nationalizing private forests and building a barrier between the wild and human population. A scheme was developed to compensate the farmers for the damages made by tigers preying on their livestock and damages to their fields occurred by wild elephants and rhinoceros. The increasing separation between man and wildlife was the first move to rehabilitate the fast-declining ecosystem, but this led to more conflicts. The Tharu people traditionally build their houses using woods from these forests. Moreover, the locals, which depended on the forest for fuel for heating and cooking, were now banned from roaming it and collecting wood. The army set armed patrols to deter poachers. Heavy fines and up to 15-year imprisonment were placed for poaching and trading in wildlife products.

Soon enough, the local communities understood it was better to get on board rather than fight the inevitable. As a result, many locals joined the quickly growing tourism industry that evolved around the new national park. Some opened small hotels; others became park rangers or wildlife watching guides. With the locals involved in all aspects of wildlife preservation, the park soon began generating a staggering half a million dollars a year! Another four other national parks and wildlife reserves were established to expand the conservation efforts in the years that followed. Of these, the Bardia National Park has now become home to the country’s largest tiger population.

But this was not the end of it. A single tiger requires a territory of about 50 km2 with about 150 animals/km2. Although the Nepalese government has already allocated nearly 25% of its territory as protected areas, a total of 12,500 km2 is required to support a population of 250 cats. However, the current landmass of protected tiger territory reaches only 5,200 km2, with a prey density of about 56 animals/km2. With the tiger being a highly territorial species, that leads to invadable conflicts. There have been known cases of tigers killed in territorial fights. Other tigers simply slip off the protected area and return to roam human-inhabited areas, attacking humans and preying again on their livestock. Moreover, recent sighting of tigers at altitudes that were never recorded before, suggests that climate change might cause tigers to abandon the jungles and ascend to higher heights, which would lead to new conflicts with mountain-dwelling human populations.

The recent COVID-19 had even further implications. With recent lockdowns, which led to a sharp decline in armed patrols, poaching was again on the rise. Nepal, enjoying by 2020 a decade of zero tiger poaching, and four years of zero rhino poaching, saw few new cases of wildlife hunting. Interestingly, amid the accomplices were Maoist rebels, left with weapons but no cause to fight for. Though dozens of poachers, smugglers, and traders have been brought to trial recently, a corrupted judicial system allowed some of these to get away with their crimes.

There is no denying the Nepalese government should be commended for being the only tiger range country to meet the goal of doubling its tiger population over the past 12 years. However, further efforts, land, and money should be allocated to the continued preservation of the Bengal Tiger, the King of the Terai.